A Life In Writing...
Alan Devey was born the year punk broke and raised
on a council estate in North Hampshire. The son of a
former coal miner turned army lifer and a shorthand
typist, Alan was writing by the age of five, producing
a semi-legible comic book starring his new-born
brother. In his teens Alan wrote and programmed
two text-based adventures for the ZX Spectrum -
Teenage Emergency and The Dungeons of Maldread -
both of which were published by Zenobi
Software.
The first member of his family to attend university, while in higher education Alan co-edited and
wrote for the University of Plymouth magazine Rolle Up. After graduating he created the satirical
publication Home Defence with Christopher Perry, first as a fanzine and then online. Alan has
also contributed to the ‘Liar News’ series of comedy podcasts for Funny 404.
Moving to London in 2001, Alan has lived in the city ever since, currently residing in Haringey.
With the help of Lulu and The London Press he self-published three novels in the 2000s.
These are Wallfloweresque, The Spirit of Nagasaki and Kicking Asbestos.
During the early 2010s Alan researched a biopic for the screen covering the life of serial
killer Roy Fontaine, the so-called Evil Butler. The first episode of this mini-series subsequently
made it through to the final 13% of scripts in the 2017 BBC Script Room 12 for Drama.
Alan’s novels from the early '10s include a coruscating exploration of modern sexual mores
entitled Ten Thousand Vaginas and the campus comedy-cum-detective spoof
Borzois and Bevuardos (or 'Kiss That Steak Slice Goodbye').
In 2015 Alan completed an MA in Creative Writing at London’s Metropolitan University, a
qualification that incorporated Scriptwriting and Feature Writing along with the prose. This
course also involved critiquing the work of others and positive feedback encouraged Alan to
undertake an intensive Script Reading course with Bang2Write in May 2016.
The stories Alan wrote for his Masters are collected in
Outside The Comfort Zone (right) which was released for the Kindle
in 2018, while the screenplay he completed (Passive-Aggressive) made
it through to the latter stages of the BBC Script Room 10 for Drama.
Alan is a Committee Member of London Comedy Writers, helping to
produce their live shows and podcasts. All six episodes of
The Home Front, a sitcom series he writes with Tim Williamson,
have been performed and critiqued there - a first for the group.
In summer 2016 Alan began a Blog about writing and other matters
on alandevey.net, a site intended to showcase the various strands of his
work. In June Alan began presenting the music show Comes With Mp3s
on Radio Woking
In 2016 Alan published a novella about cryonics, being lost and the
search for immortality. You Don't Bury Survivors is available on Amazon for the Kindle while in    October 2017 Alan's short play about hopeless activists ('Wacktivists') was staged at London's
Colour House Theatre and described as "hilarious" in a review by Scatter Of Opinion.com. In
2018 Alan finished his most recent screenplay, a romantic comedy set at the Ottery St. Mary
fire festival entitled 'Flaming Barrels of Love' which was subsequently nominated as a
Finalist in The Golden Script Competition for 2018, reached the final 50 in the 2018/19 UK
Film Festival Feature Script Competition and placed as a Top 50 Finalist for the
Your Script Produced! Competition 2019.
Along with the projects featured on this site, Alan has recently
completed a memoir of his working class upbringing ('Maybe
The Worst Is Over') and in 2019 published a dark, speculative
novel about a divided nation: 'The Gestalt Switch' (right).
Alan's first foray into crime writing, mystery novel 'Beyond The
Bailey', will be published in Spring 2019 by Dark Ink Press of New
England. He is currently working on a follow up book in the
detective series, along with numerous comedy or dramatic scripts
for film, TV, stage and web series.
If you are interested in contacting Alan about writing work,
script reading or critiquing your prose, more information can
be found at the Services link. 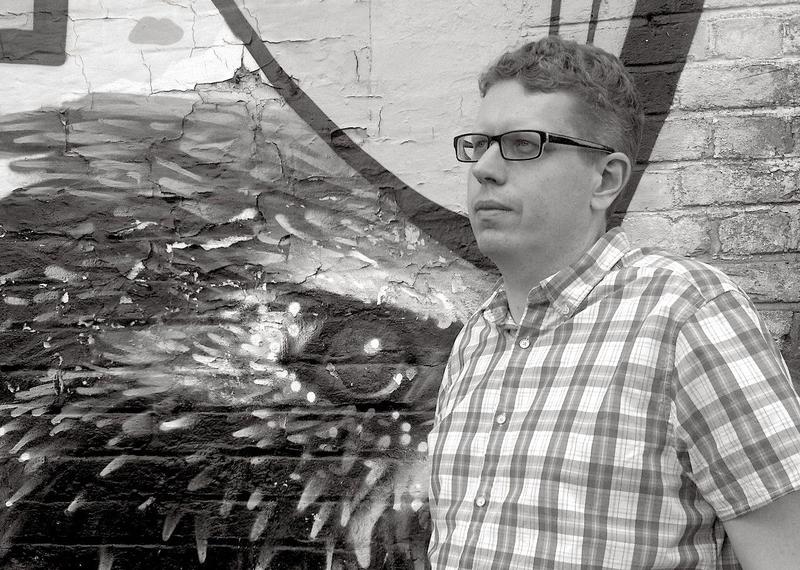 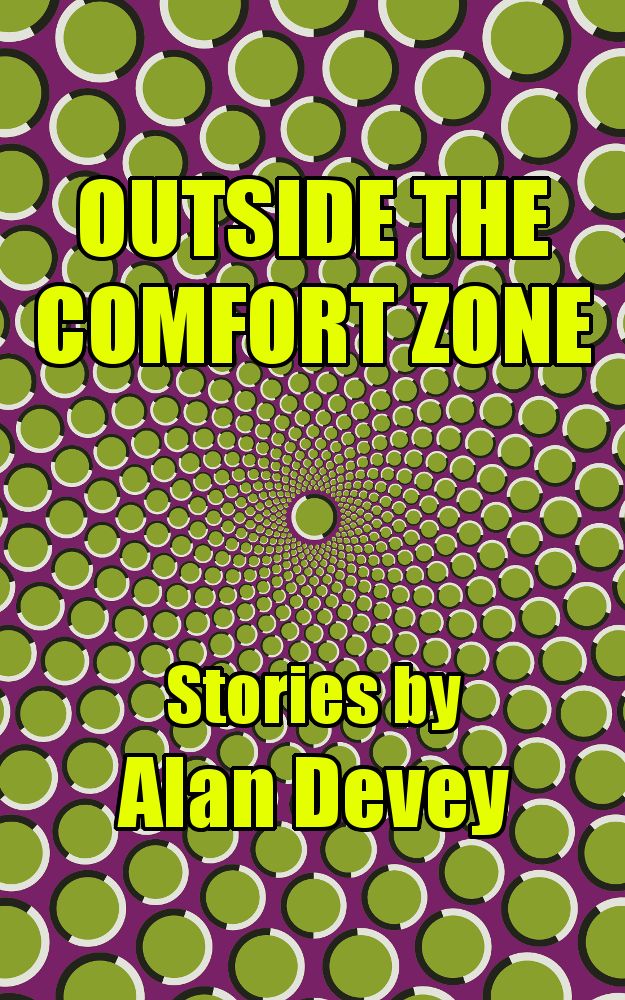 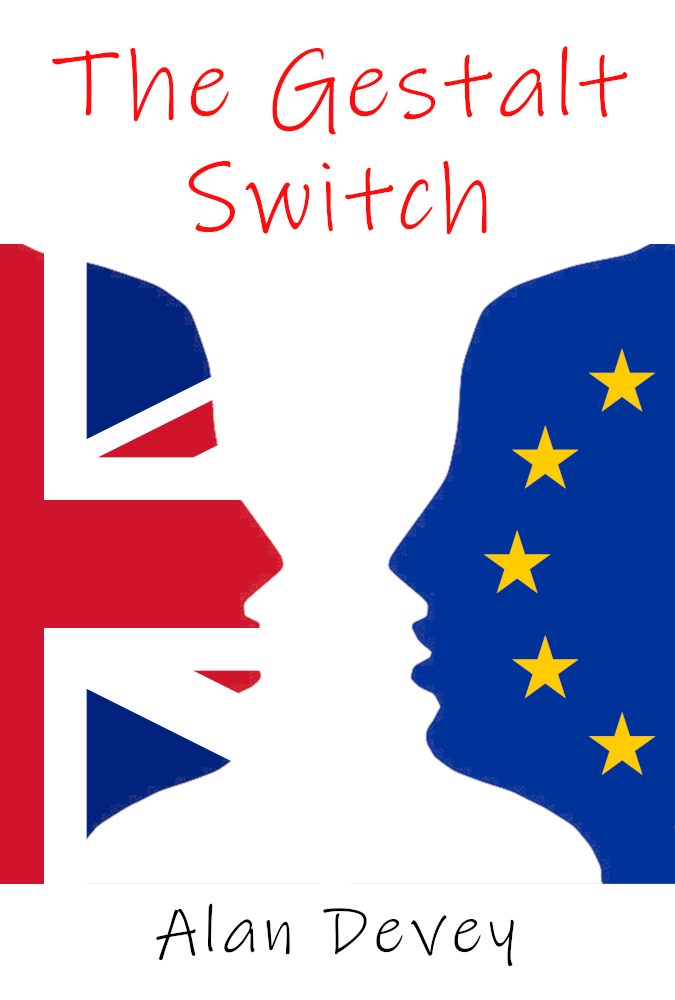