Borzois & Bevuardos
(or 'Kiss That Steak Slice Goodbye')
Life isn’t easy for Archipelago Smith. He’s struggling through a
degree course at a lower-tier British university, in a country
between governments and with few prospects, trying to hold down
a part-time job teaching local children about money.
Now his good friend Jim has gone missing and so, with little ability
or intelligence, Archie decides to investigate. His quest will take in
a rogue pet psychologist, conspiracies on a grand scale, the threat
of a nationwide badger cull and much illegal activity, not all of it
concerning Smith himself.
Enlisting his loser / over-achiever flatmates, the campus femme
fatale, a local Community Support Officer, one recently-liberated
Russian wolfhound and many, many beers, Archipelago goes in
search of the truth.
A campus-set detective spoof that morphs into perilous screwball territory, Borzois and
Bevuardos (or ‘Kiss That Steak Slice Goodbye’) is a comic mystery for a generation that knows
it can't make any real difference so decides to go and get stoned instead. It is now available for
just 99p digitally or in paperback.
"This excellent short novel is one part celebration of university life, one part hymn to anti-capitalist
ideals and one part “stoned hallucination”. The sum of those parts is a brilliantly funny, riveting read
which you’ll manage in a couple of sittings, possibly with a bevuardo of your own on the go... I can
think of no higher compliment to pay this book than to compare parts of it to what is possibly the
greatest comic masterpiece ever filmed: Withnail and I."
- AJ Kirby (Not The Booker nominee)
"I don’t often get through a novel in 6 days but I’ve giggled and guffawed my way through
@alandevey’s gripping Borzois and Bevuardos in under a week. Compelling and entertaining!"
- Michael Keane (star of The Play That Goes Wrong)
Also available:
Alan Devey
Writer - Producer - Presenter 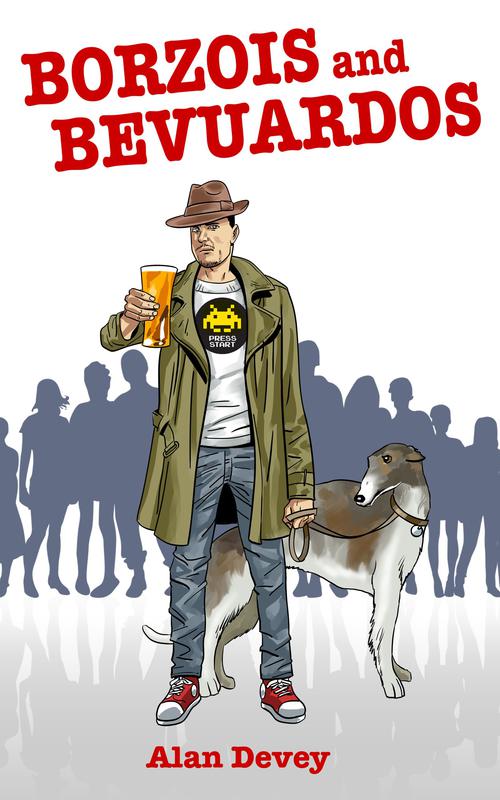