Fontaine
Born Archibald Hall in a Glasgow tenement slum, Roy Fontaine (right)
reinvented himself as a career criminal, posing as a Butler to rob the
homes of the wealthy and powerful. Through the 1950s and 60s
Fontaine became the most successful jewel thief in the country, as well
as the first man to escape from a UK high security prison.
He was also a fantasist and a psychopath. When a criminal associate
resorted to blackmail, Fontaine embarked on a killing spree that would
see him given a 'full-life term' and spend the last twenty-four years of his life behind bars.
During that time Fontaine told the story of his life on many occasions, never the same way
twice. This is Alan Devey's version of that story.
​  'Fontaine' is a true-crime biopic which has been conceived as a multi-part, four-hour mini-series for
television. The first episode made it through to the final 13% of almost 4,000 scripts assessed as part of the
BBC Script Room 10 for Drama in April 2017.
To read an opening extract or request a copy of the entire spec script, please email:
[email protected].
Alan Devey
Writer - Producer - Presenter 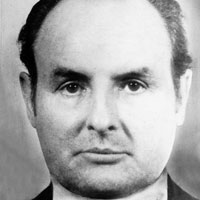