The Home Front - A Sitcom
A dark, antic, slightly surreal, contemporary
comedy for television, ‘The Home Front’ is a
workplace sitcom set in an on-site Housing
Association office, located within the fictional
London Borough of Kilforth
In each episode we join beleaguered Housing
Officer Simon (29), aging hedonist and Housing
Support Worker Andre (42, acts half that) and
their boss, no-nonsense Neighbourhood Manager Maxine (late 40s). The trio attempt to deal with
residents’ problems, resolve their chaotic personal lives and fend off a memorable supporting
cast including eager local reporter Alexandra, management representative Damian and Tony
Lennon, over-friendly manager of estate pub ‘The Blitz Spirit’.
In the pilot Simon, Maxine and Andre must babysit the local MP who makes a surprise visit to
inspect the accommodation. Meanwhile an unexpected squatter arrives to menace the tenants.
The Home Front is written by Alan Devey and Tim Williamson. Between them, the pair have far
too many years experience, either working for Housing Associations or living on council estates.
The 'HousingCon' Episode of The Home Front made it through to the latter stages of the 2017
BBC Comedy Script Room while the pilot episode was an official selection and subsequently
a semi-finalist under the COMEDY PILOT / WEBSERIES SCREENPLAY
category in the December 2020 LIT Laughs International Comedy
Film Festival.
To request the script of an episode of The Home Front, please
email: [email protected]
Alan Devey
Writer - Producer - Presenter 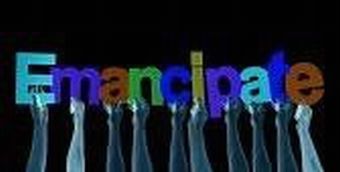