Wacktivists
A Trio of Inept Activists Struggle to Change the
World...
Join ditzy weekend campaigner Lizzie, ruling class
stooge turned revolutionary Torquil and the
competitive but genteel Fiona as they attempt to
make the UK a better place through poorly-planned
protests, online virtue signalling and handcuffing
themselves to waterborne vessels.
Envisaged as a multi-part web series somewhere
between 'Citizen Smith' and 'People Just Do Nothing',
Wacktivists puts the 'woke' back into contemporary
sitcoms. The first installment was staged at London's
Colour House Theatre in October 2017 and described as "hilarious" and "wickedly funny
and warm" in a review for Scatter of Opinion. On the night it showcased the combined
talents of performers Gabrielle Fernie, Jamie Laird and Beth Granville (all pictured above).
Additional episodes of 10-15 minutes are currently being developed with the assistance of
the London Comedy Writers group.
To request further information or a sample script please
email: [email protected]
Alan Devey
Writer - Producer - Presenter 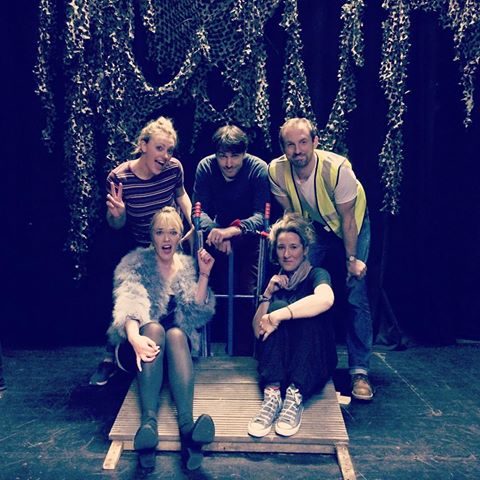