“My own humble opinion is that some of the cultural and political realities of American life are themselves racially insensitive and elitist and offensive and unfair, and that pussyfooting around these realities with euphemistic doublespeak is not only hypocritical but toxic to the project of ever actually changing them. “ – David Foster Wallace

I recently watched the excellent 1962 film ‘The Intruder’ on YouTube and I would advise everyone to check out this fascinating cult oddity which can be found here. That isn’t simply because it boasts one of William Shatner’s finest lead performances this side of Star Trek, and an atypical one at that (although considering most of his other non-Roddenberry work came in things called ‘Big Bad Mama’ or ‘White Comanche’ that’s probably not so surprising). No, ‘The Intruder’ was the brainchild of legendary exploitation producer Roger Corman and a passion project by all accounts, one he directed himself and which exists as an outlier in the man’s extensive filmography.

The plot concerns a rabble-rousing demagogue and budding snake oil salesman who arrives in a small town in the American south, just as passions are running high due to the coming of integration. I’m not going to labour the contemporary parallels, although it’s worth observing that Charles Beaumont’s screenplay (adapted from his book) is as relevant as ever, six decades on. What really struck me about the film was how effectively it portrays the loathsomeness of its racist characters. ‘The Intruder’ uses the kind of real language that bigots reached for back then and continue to reflexively deploy today, even if they’ve learned not to scream it so blatantly for the most part. 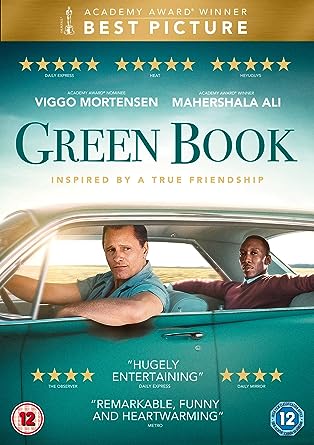 How can a long-forgotten ‘message’ movie, shot for peanuts in black and white, prove more powerful than most well-meaning Hollywood product of today; those flicks that seek to address the racism endemic in our society, fifty-seven years on? While watching ‘The Intruder’ I realised how we’re simply not used to the continuous, vitriolic use of profoundly offensive words, not nowadays. Only the most successful filmmakers such as Spike Lee or Quentin Tarantino can get away with it, but for all his talent Lee doesn’t let an audience reach the point themselves, not without some heavy-handed coaxing. Meanwhile Tarantino isn’t one to make films with the intent of being remembered as some kind of equal rights crusader.  Contemporary offerings from less well-known directors will have one overtly prejudiced caricature for a supporting character; someone who uses a slur once for shock value. But even they tend to be offset by a countervailing invention, like the white cop with the heart of gold. By coincidence, ‘The Intruder’ was made in the year our most recent Best Picture winner is set. Indeed, ‘Green Book’’s sanitised tale of the racist South in 1962 seems to have been created as a writing challenge: could a Farrelly brother make an uplifting, feel-good piece about Segregationist America? His attempt was well rewarded; placing it alongside previous Academy favourites like ‘Crash’ or ‘Driving Miss Daisy’. It is no surprise producers at the big studios prefer such portrayals to in-depth explorations of the very worst of humanity. But this means those views reverberating around us, spouted by the President on Twitter or given a platform by the news, rarely get the fictional take-down they so richly deserve, not in the popular media. When it comes to the entertainment industry, accurate portrayals are seen as a turn-off; upsetting for an audience’s delicate sensibilities, unlikely to mine box office gold. Indeed, after ‘The Intruder’ failed to make its mark, Corman quickly returned to the reliable meat and drink of his Edgar Allan Poe adaptations and sci-fi cheapies.

This got me thinking about an article I read in the Guardian recently, one that mentioned how Young Adult books featuring a racist character have themselves been condemned and boycotted as ‘racist’ rather than, again, effectively representing the world around us. Art seems to have fallen foul of this most fashionable of category errors, another side of the modern canard in which an artist must be an unimpeachable human in order for us to appreciate their output. As George Packer writes in the most recent Atlantic: “The progressive view of a book or play depends on its political stance, and its stance – even its subject matter – is scrutinized in light of the group affiliation of the artist: Personal identity plus political position equals aesthetic value.” Is this why there is a growing movement to mollycoddle bookish kids? Keep tweens divorced from that real world they will eventually find to be bigoted and unequal, one way or another? Going back to that DFW quote I started with, it seems well-meaning intent sometimes turns out to be profoundly misguided. Trying to suppress the symptoms of that racism flourishing across the UK and elsewhere without attempting to tackle the underlying causes, or even acknowledge them in many cases, simply isn’t going to work.

This isn’t some kind of screed against ‘political correctness’. Taking care in expressing yourself to avoid being hurtful toward someone of a different race, creed, sexual orientation, neuro-patterning, physicality or class background, isn’t some annoying requirement designed to cause people ‘bother’. Rather its simple common courtesy. This has always fascinated me, how those who would rail against ‘PC’ culture are never the same right-on warriors dismissing works of art because they believe the author holds ‘problematic’ views. No, the former invariably turn out to be set-in-their-ways reactionaries, suffering affront as they’re expected to take time to understand others they share the planet, those who are different from them in certain ways. Such individuals get very uncomfortable if anyone questions their ‘common sense’ received wisdom about foreigners, non-binary individuals or strong women. Tellingly, these men (and they’re almost always men), simply aren’t used to suffering generalised stereotyping themselves, for the purposes of insult or dismissal. That’s because they've always been in charge, thriving across a society structured to restrict who gets heard and which groups are denied a voice. So when an epithet like ‘Gammon’ is coined for them, these men seem to be instantly triggered, crying racism against whites in a situation that would never raise a peep from them, were it to fall on some genuinely oppressed group. But you can’t discriminate against the powerful majority so they’re out of luck, the narcissistic snowflakes. 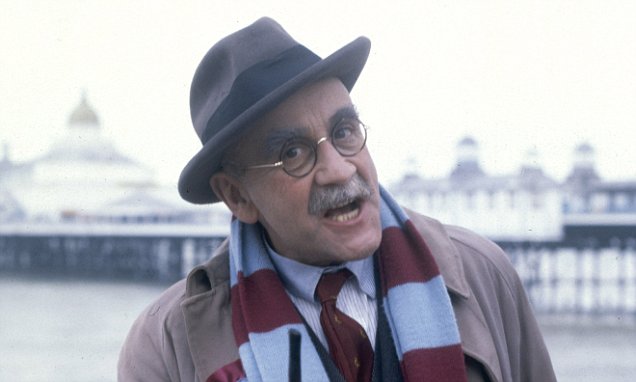 I’ve written about this before, but I wonder if a sitcom with a central character as bigoted as Alf Garnett could be made today, however accomplished or funny the writing. That’s even though this type of man clearly still exists; thriving inside golf clubs, Wetherspoons and Question Time audiences across the land. I’ve recently completed my own variation on this theme; a novel set in the near future written as dual diaries by men who inhabit differing delusions: America-first white supremacy or Leave-obsessed, Brexit Party xenophobia. The latter is a type I know all-too well from small-town England where thisoutlook still proliferates. It is the type of narrow-mindness that would fulminate against the present; find self-esteem and a core identity in hazy memories of England’s Imperial past or the lies of present-day Faragists. My protagonist becomes embroiled in rising national turmoil as civil war breaks out between opposing ideologies and Britain begins a slow slide into state-sanctioned genocide. This isn’t a feel-good book, thanks for asking, and I expect to put it out myself since UK agents and publishers are unable to see a market for something so bleak (and I tend agree with them, although one rejection I received is worth noting for posterity. The agent in question wouldn’t be taking the book on because “Brexit is still too raw.” No shit). 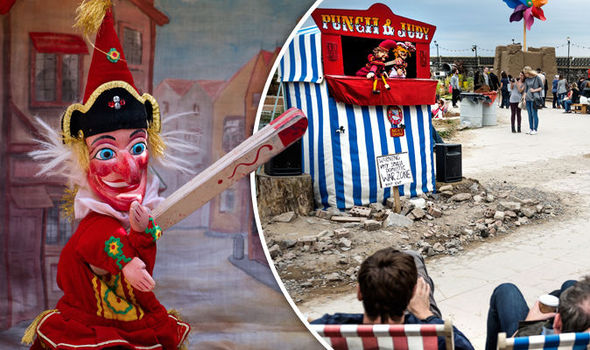 But we must not mistake the ever-evolving values of a civilized race with what some might call ‘the thought police’. Sensibilities change and not so long ago Brits would happily watch music hall blackface or encourage their children to cheer on Mr Punch as he enthusiastically beat up his wife. Frowning on past manifestations of a superannuated morality isn’t the same as highlighting issues that exist today with the intention of making people think, however near the knuckle those issues might prove. No one wants the generations of the future to assume everything in 2019 was hunky-dory, no matter how implausible that possibility might currently seem. Confrontational art is one way to ensure contemporary views aren’t subsequently exorcised from the collective record. Through fiction, plays, films and elsewhere, we learn of everything humanity once did to itself, from the holocaust to ‘ethnic cleansing’, and this helps to ensure people never forget. There are bigger issues at stake here than the removal of, for example, intemperate colloquialisms from a masterpiece like Huckleberry Finn to smooth over difficult questions in the classroom. That kind of suppression only panders to the prudish, makes them feel better about themselves under the guise of preventing those who are vulnerable to familiarly prejudiced terms from being ‘triggered’. Its collusion, a denial of the way our ancestors spoke and everything they did. Ignoring the worst elements of humanity is far more dangerous than opposing them. If we fail to learn from history it makes the likelihood of sleepwalking into disaster once again all the greater.

Intent is key here. If, like faded comedian and noted Twitter bigot Lee Hurst, you’re punching down against ‘immigrants’ or going for a cheap laugh at the expense of someone less powerful than you then, unlike in the 70s and 80s, you'll be called out on it. Both your career and public platform will then be decimated, and quite rightly. The positive side of Politically Correct culture is a collective emphasis on avoiding those forms of expression actively insulting to marginalised groups; the excluded or discriminated against. And yet, according to this excellent piece by BJ Gallagher in the Huffington Post, such honourable intent has been twisted into a kind of cultural McCarthyism, fostered by conservatives to “inhibit any meaningful discussion of diversity issues in order to keep racial, gender, and other barriers in place”. Thankfully they’ve failed, but if we're too squeamish about bringing sensitive topics into the open, if we fail to address the sickness rising in our society, those flames being fanned by the right-wing press, little Englanders and delusional fomenters of hate, then our current travails are just the beginning. 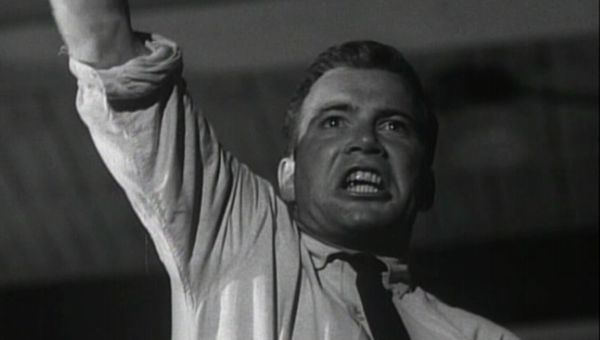 ‘The Intruder’ remains a powerful film because it shows ordinary menfolk in a natural light; expressing themselves in a way the record shows white Americans adopted when it came to the much-feared ‘other’ throughout the 1950s and 60s. On the screen bigots holler their racist invective, embrace violence, fall for Shatner’s vicious propaganda, spontaneously form a mob that soon spirals out of his control. Shatner is left to wonder exactly what he has unleashed as the blood flows and all semblance of civilization is abandoned. As I mentioned, this was the only Corman movie of its era to lose money, although everyone involved put their heart and souls into it. Confronting an audience with everyday horror was something many believed in, even back then. But Americans refused to embrace brutal home truths, wanted to avoid such matters during nights out at cineplexes and drive-ins - they had enough of all that on the news. Few of those who could afford to enjoy the cinema wished to endure unvarnished truths about their country’s failings, even back in 1962. With Boris Johnson ascending to his latest position of unwarranted privilege on a wave of anti-Islamic sentiment, homophobia and ‘satirical’ racism while those who “don’t do detail” fall for his charming lies and silly hair, I fear the majority don’t want to hear these home truths in the Britain of today, either. 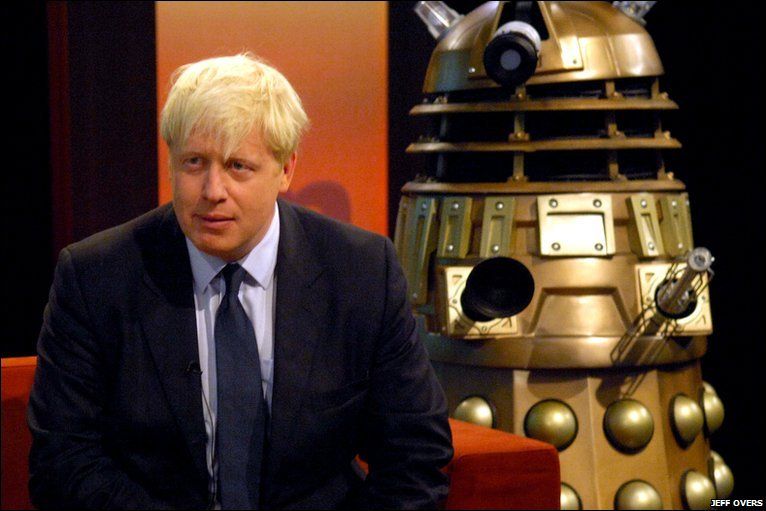