Launching 'Outside The Comfort Zone - Tales From Austerity Britain' : Writing And More - A Blog by Alan Devey
« The Corporations Are... | Main | Not For The Likes of... »

Launching 'Outside The Comfort Zone - Tales From Austerity Britain'

I’d been gathering ideas for short stories over the course of several years before developing them through the Masters in Creative Writing I undertook at London’s Metropolitan University during 2015. This was a good change of pace after recently exhausting all ideas for novels, having written two during a ‘career break’ from my day job back in 2011-12. Since then interest had only grown in developing smaller pieces; concepts I could work into more manageable sections of prose.

In terms of that return to full-time education, I thought brief tales would be more suited to workshopping and tutorial input. Since these worlds were contained within a few thousand words, presenting them would negate the confusion whenever novel extracts were brought along for feedback. When this happened, the questions for a writer were usually along the lines of: “I didn’t understand / wanted to see more of / had questions about… [a specific element]” and the response would invariably be: “that’s covered in a section of the book you haven’t seen.” Of course, this was unverifiable for the majority in class, and somewhat frustrating overall. 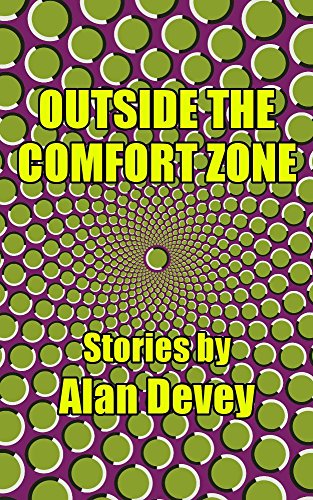 Aside from ‘You Don’t Bury Survivors’, a story that turned out to be more suited to novella length and formed my dissertation before being released digitally in 2016, all the ideas from that time were of a traditional short story length. Over the next couple of years, between painstakingly drafting and re-drafting them, I endeavoured to educate myself in the form, with Richard Ford’s ‘Best of American Short Stories’ invaluable for this purpose. Both volumes can easily be found online, and I would heartily recommend obtaining them, if only to see how the most gifted writers have utilised the form, over the last seventy years.

By 2016 I found myself with enough short works to make up a collection, not something I’d considered before. The arguments across the publishing world against pushing unconnected stories are well-worn and manifold of course: the books don’t sell, readers prefer novels, they’re difficult to market, cannot inspire brand loyalty, and so on. Never mind that, away from these shores, writers far more adept than I could ever be, from Alice Munro to Chekhov to recent Booker winner George Saunders, have made their reputations this way. No literary agent in the UK is going to welcome short submissions from an unknown.

Adding to this was a certain lack of commerciality inherent in my subject matter. The kind of protagonists that interested me had no place in print, not on our domestic literary scene. As has been stated repeatedly, most recently in Kit De Waal’s ‘Where Are All The Working Class Writers?’ documentary, the fiction in our shops is written and commissioned by the middle classes and, the assumption goes, mainly read by them too. People like what they’re familiar with and that’s why this industry; built on unpaid internships or social connections and run by the comfortably off, will only take a chance on books that feature characters very much like themselves; people they recognise. These are the moneyed, the metropolitan bourgeois, content in a stable world of property ownership while trying to make a good marriage, centuries after Jane Austen and Henry James. Today this demographic has fresh worries too; from changing buy-to-let regulations to getting their kids in the right school. 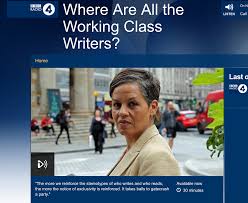 Such anxieties don’t form the experience of most British citizens, not today, and I wanted to reflect this. My stories would be different, my working class background giving me an instinctive interest in outsiders; the alienated, those who struggle and are left behind. The UK is currently deep in the mire of austerity’s nasty confidence trick, as the most vulnerable are left to pay for the bankers’ recklessness. This is a deliberate policy from the worst of our current and former leaders, beginning with David Cameron and George Osborne then on to Theresa May or Jacob Rees-Mogg, and it wasn’t difficult to spot where society was heading after 2010. Back then the powerful pursued disaster capitalism while paying lip service to deficit reduction, trying to disguise their tacit aim of reorganising society, fostering inequality and jettisoning those in need of support while the state was shrunk.

The characters in my stories all experience the results of this, to a greater or lesser degree. Here is the Uber-threatened taxi driver, trying to make ends meet for the sake of his young family. We'll meet representatives of an all-but abandoned generation, self-medicating in a garage that functions as their makeshift home. You’ll see men and women struggling with mental health issues, with exploitation and penury. Then there are the job centre employees, charged with sanctioning the benefits of the vulnerable. A digital serf wired to the internet 24/7, who experiences a kind of modern slavery while tending to the whims of the moneyed. Others are driven to criminality or protest by an increasingly uncaring society, they're simply unable to see a way out. Even when my stories depict the rich and powerful, what's uncovered proves to be corruption or incompetence; the kind of toxic masculinity and sexual indiscretion that has become so prevalent of late.

Scores of submissions and competition entries later, I came to understand these weren’t the type of stories judges or editors were looking for. The subject matter wasn’t welcome in genteel literary magazines or conventional journals, although one of my pieces (‘The Ballad of Big Jeff’) did find a place in Baboon 4 fanzine and helped to raise money for a mental health charity.

The obvious step was to self-publish then, to promote the book myself, a less-than-onerous task with the help of modern technology, Amazon guides and my friend Chris, on hand to design the cover. I wanted to put the collection out early in 2018, because now felt like the time, as proponents of neoliberalism were forced to witness the fallout from their ideology. Here in Britain we currently endure sky-rocketing poverty, stagnant wages and the aftermath of an anti-establishment vote that led directly to Brexit. That's without even mentioning the thousands of unfortunates who have died before their time as a direct result of the government’s policies.

I can’t say whether our current rulers will continue to use dirty tricks and misdirection to cling to power until a 2022 election, or whether protests may coalesce to throw them out earlier. Either way, the era I write about in ‘Outside The Comfort Zone’ is coming to an end. The political ideas that underpin it have been wholly discredited in Europe; across Greece, Spain and now the UK. A new generation is looking to build and participate in a new kind of society, one that prioritises hope and opportunity over division and prejudice.

No, the period of Conservative rule that began in 2010 – propped up by Liberal Democrats willing to cast off all principle for a brief sniff of power – cannot be judged as anything but a damaging, destructive, failure. And this failure is wrought in the anxiety and suffering of ordinary people. But the flipside to this situation is that it has roused those targeted and politicised them, making us angry about injustice and billionaires and anti-homeless spikes and Grenfell Tower and all the rest of the horrifying mess. Today the majority of the UK electorate backs a genuinely progressive alternative, the first time a major party has offered such a choice in my lifetime. Now we watch ‘I, Daniel Blake’, listen to Sleaford Mods and, if I’m lucky, read these stories, and we say: “That’s how it is right now, but it won’t be that way forever. If we’re vigilant, if we remember, society need never be this way again.”

My fictional contribution to the debate can be found at this link and I’ll be making ‘Outside The Comfort Zone’ available for the cheapest price Amazon has to offer while also exploiting regular periods when the book can be given away for free. So please download if you can – either for the Kindle, e-reader or other device with the free Amazon viewer – and maybe leave an honest review if you make it through to the end. Feedback from readers is always appreciated - we’re all in this together, after all.

Read more about the background to this book on the No Writer Left Behind project by Carmen Marcus which collects the stories of Working Class Writers everywhere.